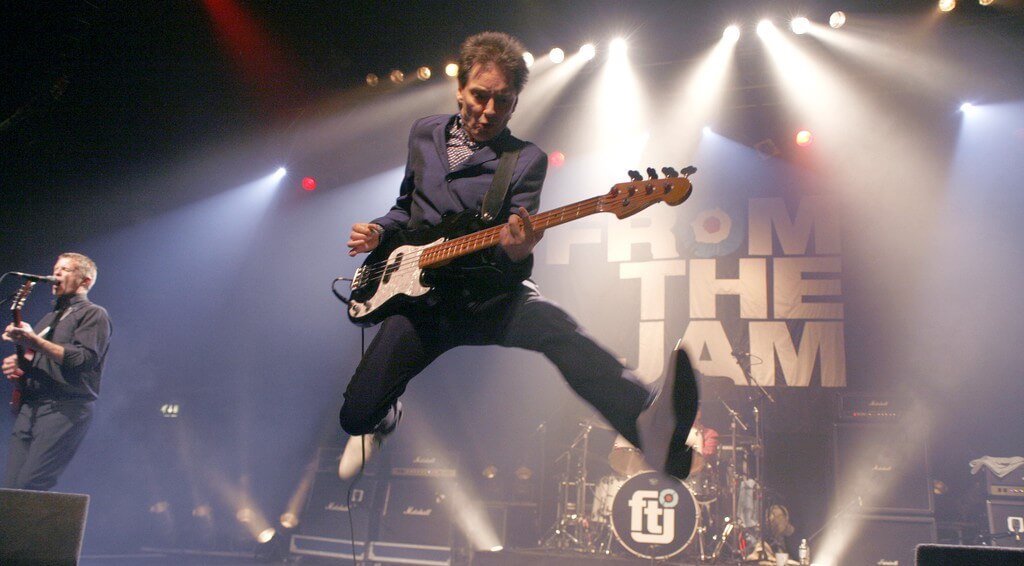 I lost all the notes I took at the concert of From The Jam which took place at The Triffid almost a week ago. So I’ll try to tell you how the show was using my not too good memories and focusing more on impressions and feelings than the setlist.

Let’s start with a quick review of the context. The Triffid is still an awesome tube with the greatest sounding in Brisbane. The audience was mainly composed of (age-ing) fans, all very British-like, many of them wearing The Jam T-shirts. All was set for a great gig.

But first, it is necessary to explain who the mates were on stage that night.

What’s From The Jam?

The band is called From The Jam because it simply does not feature the original line-up of The Jam. Paul Weller (who conducts a successful solo career, including the truly great Saturn’s Pattern released in 2015) and Rick Buckler are not part of this reformation. Playing guitar and singing instead of Paul Weller is Russell Hastings, whose voice is very convincing at imitating Paul Weller’s one and who was a dozen years ago a one-man Paul Weller tribute band . But now he’s living the dream alongside the original bassist and second singer of The Jam: Bruce Foxton.

The leading role for… the bass

Yes, the bass is always essential in a rock band on the contrary to what people usually think. But in The Jam, it has a peculiar leading role. Actually, it is even responsible for the melody on most of the tunes, the guitar only strumming a limited number of chords. The main reason for this allegedly comes from the fact that The Jam built their music – like The Police – around only 3 main members: Paul Weller as lead singer and guitarist, Bruce Foxton as bassist and second vocalist, Rick Buckler on the drums. In consequence, Bruce Foxton started playing on the very low frets of the bass to obtain higher notes, compensating the absence of a lead solo guitar. And it is awesome.

Faithful to the inspirations of the band, the musicians were dressed like the Mods, both fashion and punk, associating old-fashioned haircuts – special mention to Bruce Foxton’s one – with stylish jackets and tight pants. It is The Jam’s style and we must admit we now want to dress just like them. Seeing them made us feel nostalgic of old days we did not have the chance to live. Old days so cool that they seem more modern than the present time.

Between The Clash and The Who… Or just unique!

When From The Jam started to play at The Triffid, we felt instantly drawn back to Great Britain in the 1970’s. Definitely punk rock but not totally, inspired by the 1960’s bands like The Kinks and The Small Faces, The Jam thus have a very special sensibility.

The singing is messy and well calculated at the same time, haunting and still melodic. The band has a very special sense of rhythm – always powerful and piercing – and a unique attitude on stage. Bruce Foxton even offered us his special jump, spreading his legs one in front of the other in the air… And the audience was very receptive, singing all the time, even starting what from the 1st floor appeared to be a fierce pogo.

Furthermore, what distinguishes The Jam from its fellow bands – The Clash notably – is certainly how they alternate intensity and melodies. And From The Jam has certainly kept that precious characteristic intact. The best example of that would certainly be the moment when Russell Hastings took an acoustic guitar and the band played successively English Rose and That’s Entertainment with barely no drums. The latter certainly gathers all the best things The Jam has invented: a guitar strumming sticking to the mind and an amazing bass part.

From The Jam let us listen for the first time live to timeless hits such as: Town Called Malice (used in the soundtrack of Billy Elliott), In The City, Down In The Tube Station At Midnight (the whole audience singing the “Ohohohohoh” along) and The Eton Rifles.

To conclude, it was a truly f*cking great concert as well as a travel through the late 1970’s and England. The Union Jack flew high in the sky of Brisbane that night, just above The Triffid and The Jam’s endless fans who gathered in numbers. As for us, we cannot stop listening to The Jam ever since, and our flatmates might kill us soon. 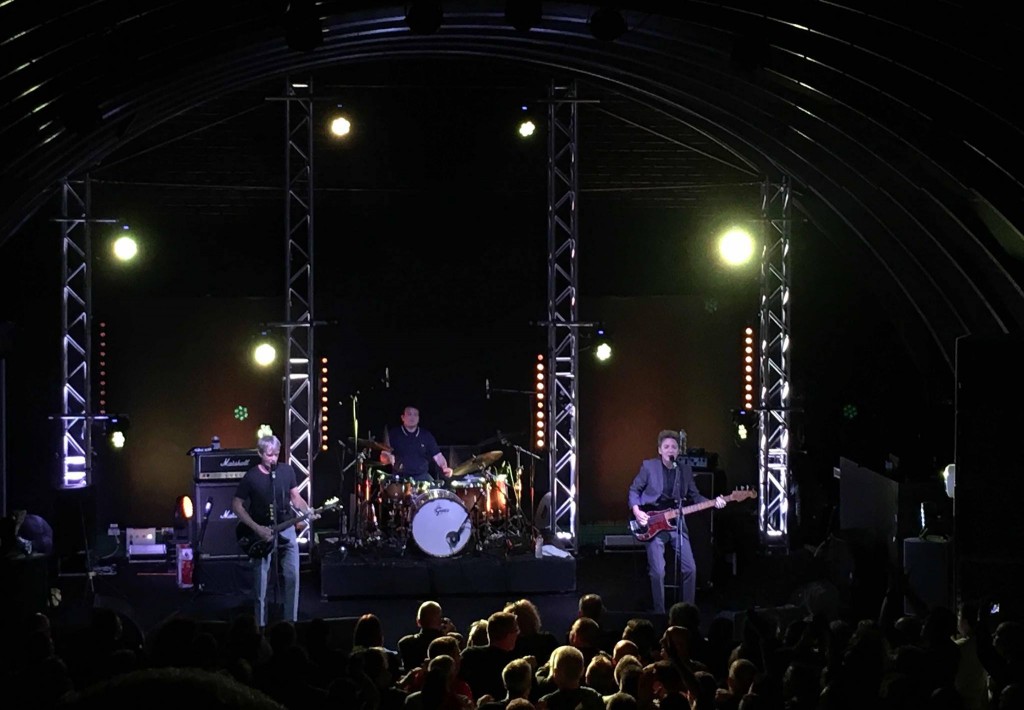