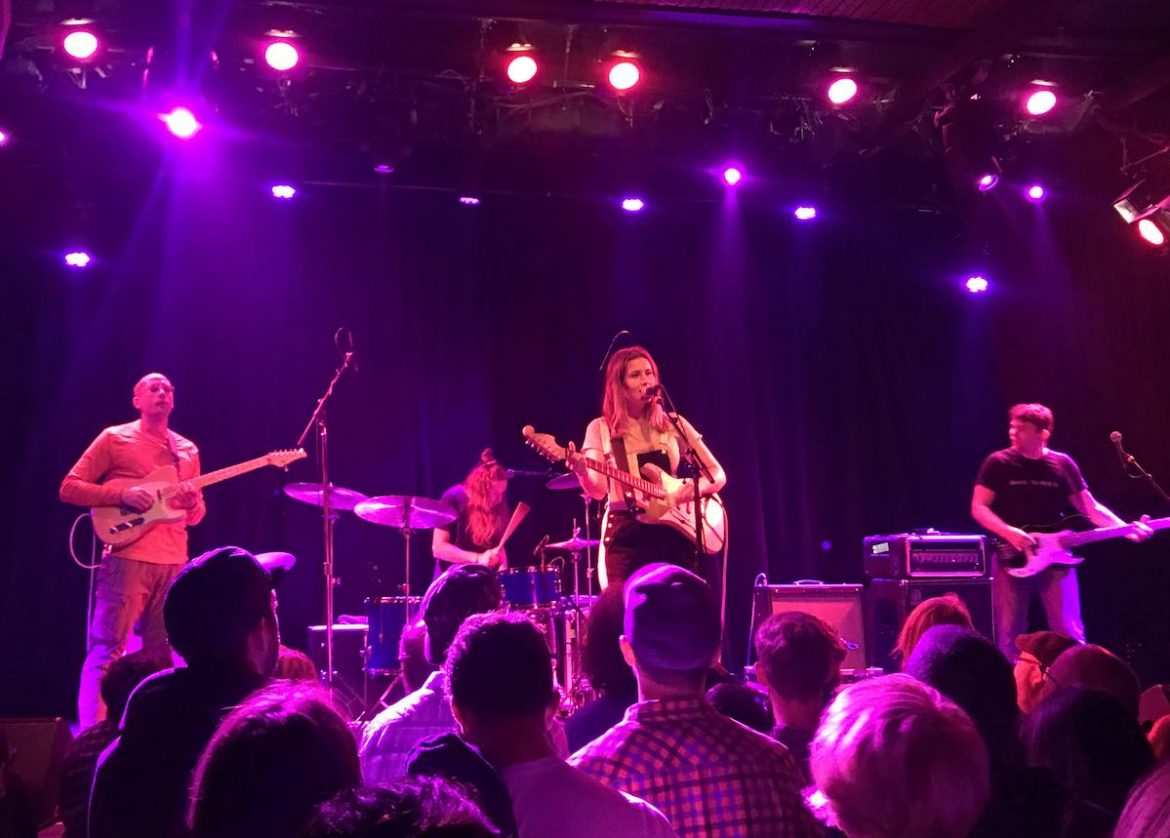 More than one month ago, we went to see Middle Kids and Alyeska playing live at The Independent, San Francisco. Usually, in this kind of situation, we give up writing anything on the concert. We’ve missed out the window of opportunity you see…

But it was impossible for me not to tell you about this unforgettable gig.

Few singers have a voice colour as fascinating as Alyeska’s leader. Even more, the young LA-born artist’s voice is incredibly varied, coupling high-pitched impulses with lower ‘talk-over’ moments, perfectly floating in the air. 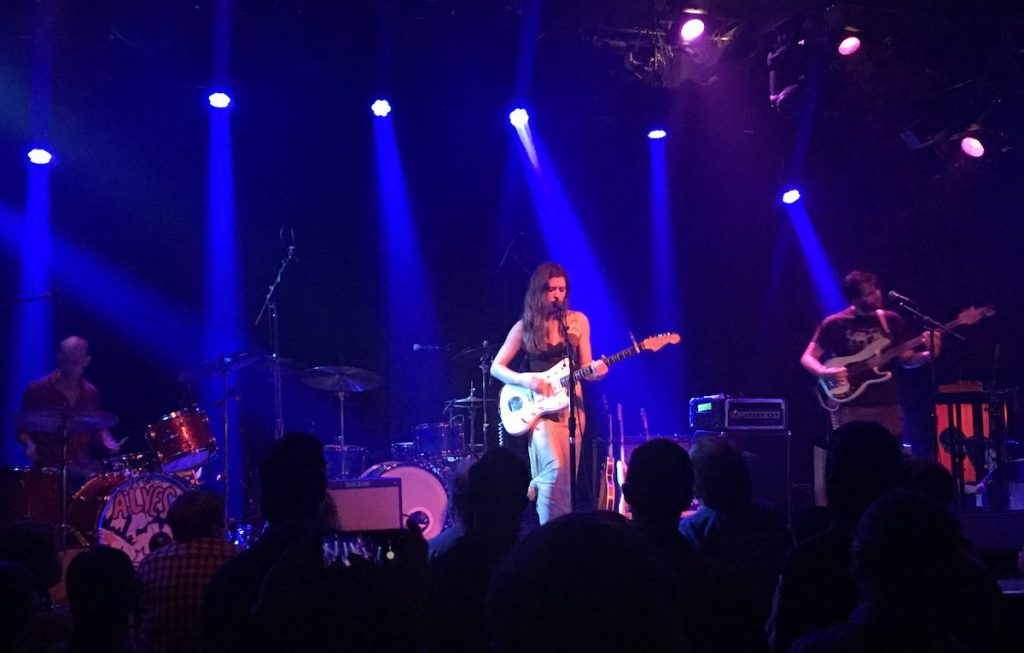 On top of being the lead guitarist and singer of the band, Alaska Reid – no wonder where the name of the band comes from – seems to be at the source of the whole melody. Instead of taking the easy way of pop melodies, the inventive guitar chords are twisted in such a way that they always give a nostalgic impression. As if young Alaska was a messenger of the past in the skin of a singer of the future. The guitar riffs could well compare with some of the best post-rock songs. Alyeska’s drummer was also impressive, succeeding to bring power and intensity to the songs, balancing Alaska’s apparent fragility.

EverGlow and its remarkable use of harmonics is one of the best examples of that special feeling which is inherent to Alyeska’s music.

The high point of the gig was certainly when Alyeska played Tilt-a-Whirl, the first single from their latest EP Crush, with this short introducing sentence that remained in my head until now (1 month and a half later!):

You’re not the only one to know.

Middle Kids, from underground Australia to headlining their US tour. How the f*ck?

It was not exactly the first time I was going to see Middle Kids live. I was indeed in Brisbane, Australia for their gig at BigSound 2016. At least, I saw them playing one song, being late to the gig, as usual…

Excitement is probably the closer word to my state of mind before Middle Kids came on stage at The Independent. From a quiet Aussie band, they had become this great band, signed on Domino Records, touring for the first time in the US and headlining a great venue in San Francisco. Were they ‘only’ trendy, or was there something more to it?

Yes, there was more than hype. 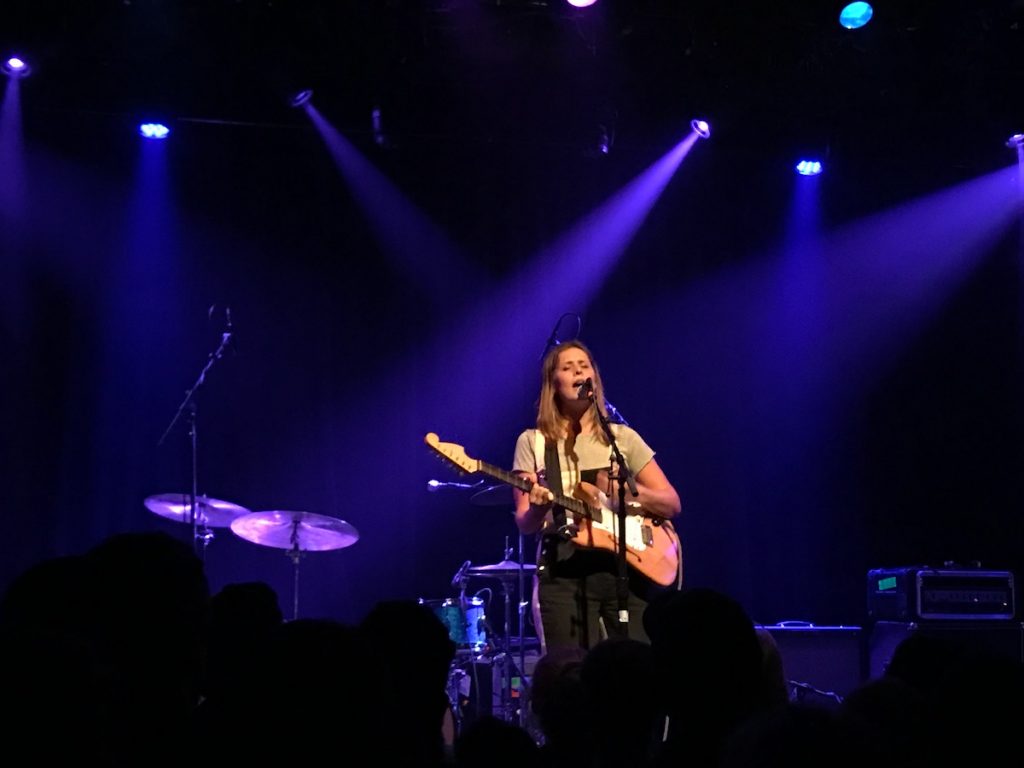 How can they be so good?

With just a 6-track EP in their bag, we were ready to forgive Middle Kids for the potential shyness they could demonstrate on stage. We could not have been more wrong! They are probably some of the greatest rockstars we’ve seen in quite some time. And we have well chosen our words.

Starting with Your Love and its floating riff, following with the great Fire In Your Eyes, Middle Kids set the tone for the rest of the night. Even more, every single one of their tunes were formidable, bringing perfect melodies along with intensity.

The lead singer and guitarist Hannah Joy, who was wearing an amazing black and white overall, plays left-handed a right-handed guitar. It might sound weird at first, but apparently she learnt it that way, and she definitely knows how to play. Above all, her presence was simply incredible. We basically fell in love with Hannah Joy’s incredible charisma even more strongly than with Alaska Reid’s overcome fragility.

From the now well-known Edge of Town to our personal favorite Never Start, Middle Kids succeeded in showing their incredible sense of melody as well as their capacity to set the place on fire. So much that they were offered two rounds of shots. Someone in the audience might have sensed how unforgettable that night could be, and just wanted to contribute. And Hannah Joy confirmed it:

“It was good timing, because I’m about to be super vulnerable”