The Orielles were playing at La Maroquinerie in Paris the 3rd of April. It was the occasion to finally discover their music live, but mostly to make them discover Chartreuse, a french alcohol that they apparently liked. I also allowed us to improvise this interview right after their gig.

Okay so, first of all: did you like Paris?

How was the crowd, according to you? 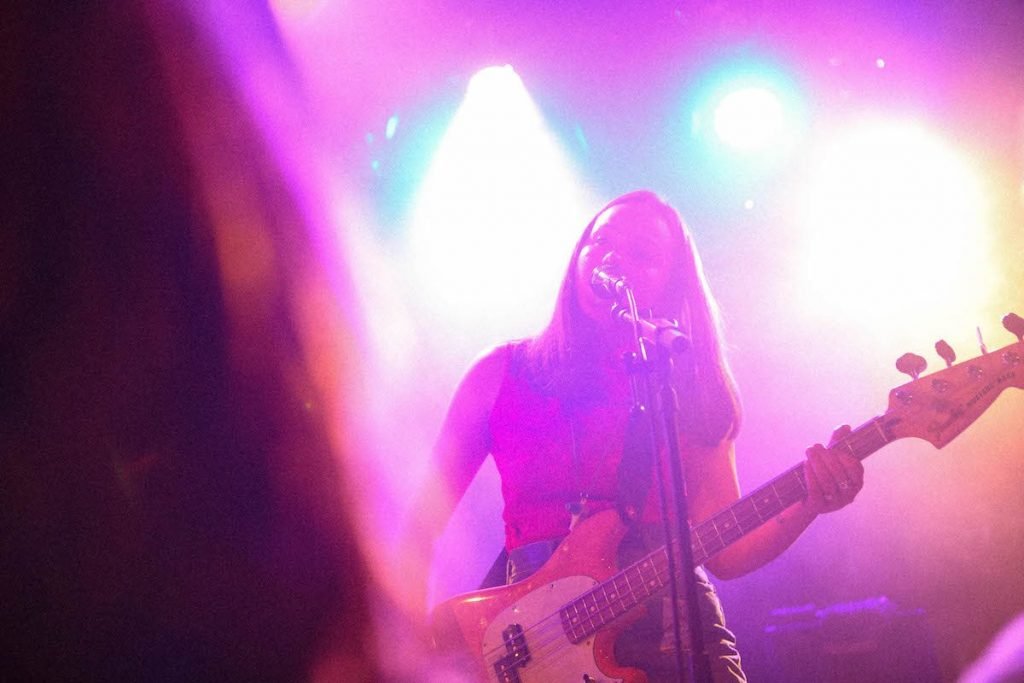 Yeah it was shit, clearly

S: I mean, there were some people to get in for them but…
H: Next question!

How do you create a The Orielles album? Is there a leader, or just jams…

H: What we do is that we travel a lot, and then we write songs about travelling. And also we write films…
E: Songs about films, travels, we write a lot about space, what we see, molecules, atomes…

What would be your favourite gig memory? The best thing that happened to you during your tour?

E: Well there’s this one time we were playing in Paris, and then a band called Joan As Police Woman came in and covered this song by Prince…
H: Oh! I remember that! What was the cover called…
E: Kiss
S: It was by Kiss
H: No it wasn’t!
E: It was Kiss by Prince

One nice minute of a capella cover by the three of them, Esme and Sidonie singing while Henry’s dropping the beat, that I unfortunately can’t transcribe

H: And it was good! A long time ago… I think it’s my favourite gig memory.

Okay so I guess you enjoyed Joan’s gig?

Why is Sugar Tastes Like Salt not in the album?

H: We had enough songs to record the whole album without having any old songs in it.

I’m not saying that’s a bad idea, I am just wondering why.

H: I know but the explanation is that we’d rather have three new songs rather than pressing old ones
E: Because there’ve been so many album that we’ve by ourselves been waiting to come out, and when it comes out it’s like all the same ones.
H: Many british artists are putting all their singles in their album, we wanted to do something completely new.
E: We didn’t even wanted I Only Bought It For The Bottle to be on the album I glad it is now but…
H: To be fair, it was going to be a different song, but then the label placed Bottle in there instead of another one.

Okay so you have lots of B-sides, then.

If I recall well, you’ve done the album cover yourselves?

E: No, sadly not.
H: But we chose the artist, with persuasive arguments he accepted to go in all these bold shades, that we really feel like being appropriate for this album.
E: I think there’s one shade for each song in it.
H: People have been interpreting our songs very differently for each other, and I think that’s all down to the ambiguity of the lyrics in the songs, and we want the art to reflect that, instead of forcing the picture of it; just let people think about it, as they fucking wish.

Mmh that’s why there’s so many shades, even for the cover itself!

E: That’s because they represent every single gig, represented through a different shade; it’s different people receiving it…

Oh so you have been preparing shades BEFORE the gigs!

H: No we’re like, we arrive in the place, smoke a cig, and then think “Oh it’s gonna be a green gig”. So we’re all dressing green. Tonight we were like, “It’s green”, and we dressed in green and its complementary colour is red; I’ve got green pants on, they have a green reminder…

Yeah well I have green socks so it clearly is the mood.

H: See? You just feel it. Next question. Sorry man, I’m putting a lot of pressure on you, I don’t mean it…

It’s fine. Here’s a last one: would you recommend any The Beatles song as your favourite?

H: You know what, I didn’t like The Beatles for ages but I got into it thanks to Georges Harrison (he’s the best Beatles!).
E: I’d say I’m so tired. Or do you know what, Come on baby drive my car
H: No let’s go on a classic : Hold your hand!

A quick a capella again

H: And then a last one, from somebody else?

Sidonie starts singing Help!, allowing the four of us to conclude this bizarre and improvised interview on a longer a capella cover of the Beatles’ Help!

How will I ever transcribe this?

H [speaks directly yo the mic]: You can get the song we just recorded, send it to us, and we’ll release it on the next album.

We shook our hands. 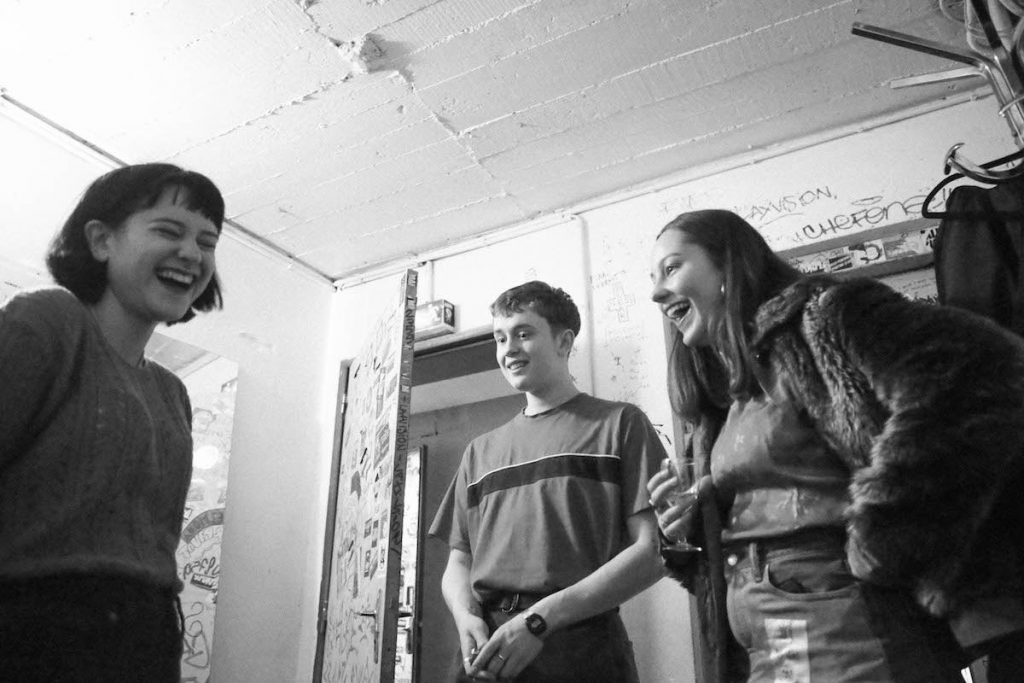