Home Concerts Live review – Big Thief at PIAF in Perth : a voice for the future

Live review – Big Thief at PIAF in Perth : a voice for the future 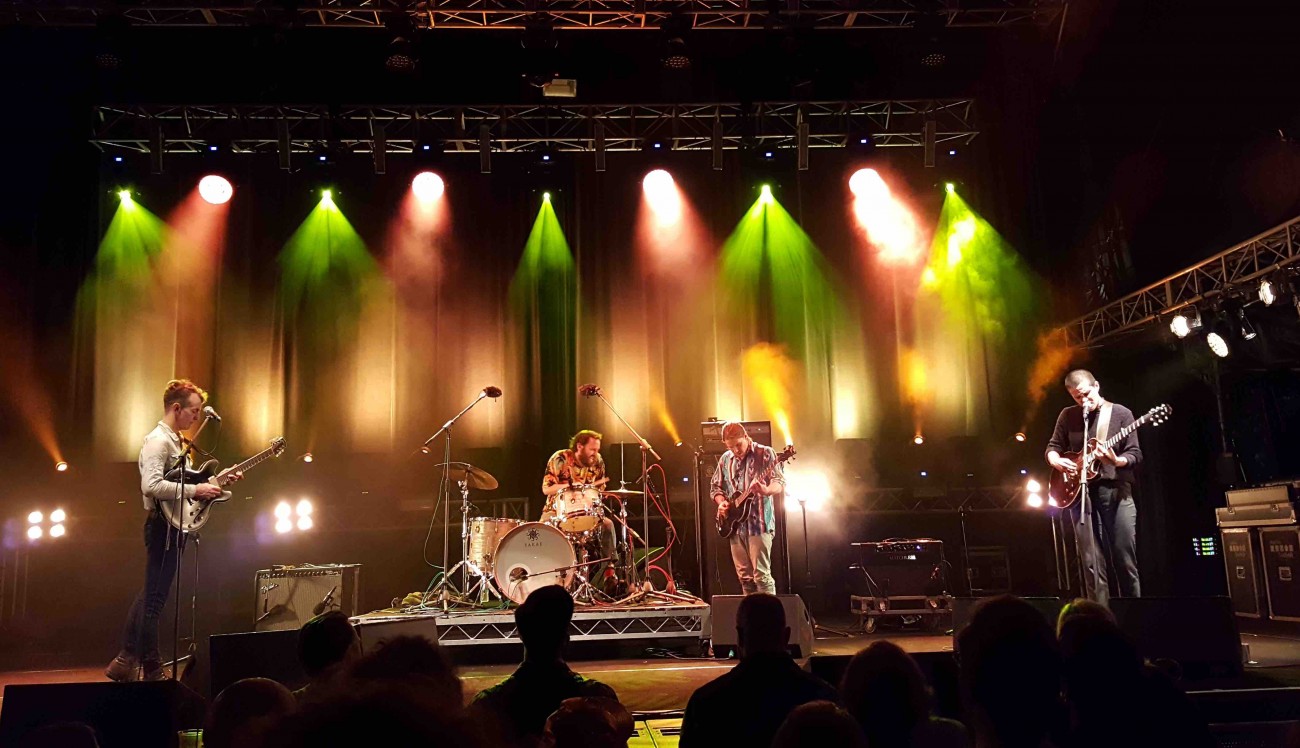 “Do you think we can find a concert for tonight?” I asked. After 2 months of roadtrip, the perspective of finally settling in a big city was enough to bring our passion for live music back. In Perth for one single evening, we decided to see Big Thief live, after googling and listening in the car to their debut album Masterpiece.

The Brooklyn-based band was in Australia for the first time, performing at the Perth International Arts Festival. The PIAF. This word meaning bird in French slang was another appeal for us. Our thirst for live music was so strong that we were very easily convinced, after all.

Big Thief: a delicate and talented commander in chief

What struck us first after a couple of tunes was the very impressive voice of the lead singer, Adrianne Lenker. Accompanied by 3 male musicians – a dandy at the guitar, a cool-peace-love guy at the bass guitar, and an Aussie-compatible bearded man on the drums, with no crash cymbals -, she was reaching high notes with mastery and real emotion.

Moreover, her guitar playing was amazing. We soon came to realize that she was also the actual lead guitarist of Big Thief. Buck Meek – the other guitarist with whom Adrianne Lenker collaborates on other projects – played only discreet notes using his pedals, not significantly on every tune. His supersub-bonus role was already visible on this 3 year old video with Adrianne. But we assume that the live soundcheck prevented us from hearing fully Buck’s contribution on backing vocals and lead guitar.

This Tiny Desk Concert they made with NPR is a great overview of what they can do, starting with their hit Masterpiece:

An intense moment of the gig was for sure the chorus on Parallels. Perhaps the only song on which Adrianne Lenker repeated the same sentence in a loop. It echoed in the audience too. They applauded more warmly at the end of the tune, making Adrianne smile in a charming way.

The singles Paul and Masterpiece were also noticeable moments, bringing as much intensity as possible with a rather scarce audience. However, for a first ever show in Australia – which is not the most dense country in the world -, it was impressive even for the band to see that many people come.

Adrianne Lenker also added to Big Thief performance when she addressed the audience multiple times with her peculiar and lovely humour:

Or this incredibly funny moment when she started a tune, and stopped by strumming the same chord and smiling in a dumbfounded manner :

“It was wrong tuning. Sorry guys.”

But the arrow did not hit the wrong target. Big Thief may have a beautiful future, in the land of kangaroos and the whole world.