Home Interviews Interview: Erki Pärnoja, « Estonia is in the dark half the year and really cold, it draws inspiration »

Interview: Erki Pärnoja, « Estonia is in the dark half the year and really cold, it draws inspiration » 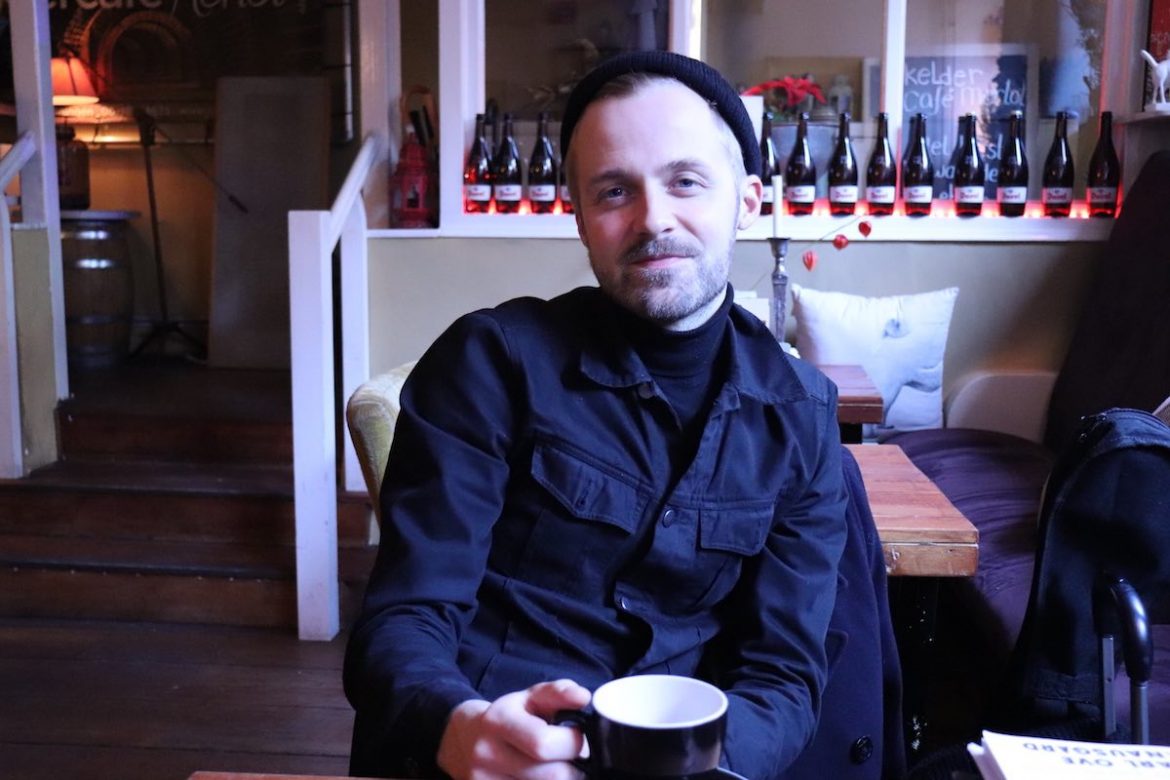 A few weeks ago, I met Erki Pärnoja in a nice cosy cafe in Groeningen during Eurosonic Festival. I had been listening to all the artists playing at this 2019 edition on my way up – yes, all 300 artists, but a 7-hour drive helped! – and the only track I was forced to put on a loop 3 times in a row and which totally overwhelmed me was Erki Pärnoja’s Himmelbjerget. Arriving to Oosterpoort – the place where all conferences happen at Eurosonic – my main goal had shifted from meeting as many people as possible to meeting only one guy: Erki Pärnoja.

In that warm cafe in Groeningen, contrasting with the freezing cold out the window, our conversation started on total random subjects. Here is our talk – rough and almost unedited – about Erki Pärnoja’s first albums, his next projects, Swenglish, the Estonian music scene, taking responsibility for your music and making magic with your band on stage.

Erki Pärnoja: … The dark and the cold really influence music in Estonia, that’s probably why there is this specific tone to the music produced here.

This is probably why music in France is not as interesting, because of the mild climate. Mild climate = Mild music? Maybe… So, tell me more about your musicians.

Erki: We are 5, from different countries around: Denmark, Sweden… We all live in different places, and meet to record and tour. *Coffee arrives at our table* Everybody knows the songs, we are not actively rehearsing. There is something electric when we meet for shows, it is like a big celebration each time, because we don’t see each other that often. There’s no routine, it’s always a celebration. They just texted me, they are on the train to come play tonight and they are really excited.

Oh, we just shot a new live session, let me show it to you!

I actually didn’t know you were singing. I have only listened to your instrumental songs for now.

Erki: Yes, some of our songs have vocals in them. But you can’t really tell what it means. We use voice as an instrument. I really like that, that you don’t say concrete things.

Where have you played?

Erki: With that band, Estonia of course, Eastern Europe a lot, Slovenia, London, Hungary many times…

And when did you start this current solo project as Erki Pärnoja?

Erki: Actually, it was pretty recently. My first record was released in December 2015. Ewert and The Two Dragons, a quite famous Estonian band which I play with, used to be signed to Bordeaux record label Talitres. So we were touring a lot, and always located in France. It was intense touring, playing I don’t know how many shows. My first record was an experiment, it was the first time I was taking full responsibility for the music, the songwriting. I wanted to know what it was when you don’t have to compromise with other songwriters. I feel like I can create more freely now.

« I like to add some vocals, but only as another instrument, without bringing explicit meaning to the lyrics »

So you started out with a first album…

Erki: It was an EP actually, but quite a long EP though. And in 2017, I released Efterglow. The title of the album is in a language we call Swenglish, it’s actually how we talk to each other, mixing Swedish and English. Then we toured a bit abroad, and I got this awesome recognition of Male Artist of the Year in Estonia, something which usually goes to a pure singer, which I am not!

You must have future plans.

Erki: Indeed! In February I go to Sweden to record my next record. We were thinking about doing an EP, but we already have 9 tracks so it’s looking really bad for an EP [laughs]. I’m gonna be there 4-5 days, because I already have a big part of it already recorded. We’re gonna start with producing, the drums, polishing it. My keyboardist is producing the album.

« ‘Leva’ is the first song of my next release. Nobody knows what the title means, but everybody can feel it »

So now that I know that you’re singing, I’m curious. How is it going to be on that next release?

Erki Pärnoja: There will not necessarily be a lot of singing. I like to add some vocals, but only as another instrument, bringing it into the mix. The first song that I made for this record was Leva. Nobody knew what it meant, but everybody felt it. I don’t want to tell the audience what it should feel, everybody can translate it the way they want. The song itself gives the meaning. You don’t have to know what the words mean. I think there are gonna be 2 or 3 songs including vocals.

Are you going to release it on your own or with a label?

Erki: I’m actually looking for help on this, because it’s been two records on my own, and it’s a lot of work. I just want to focus on the music. It’s a cliché I know. Years ago, when it was super heavy touring times with Ewert and The Two Dragons, I felt detached, did not know what people around were doing. So when I started my solo project, I really wanted to do everything on my own, to understand what it was. But now that I know what to expect and what they expect from me, I could work with partners.

Do you already know when you want to put out this jewel in the world?

Erki: I’m thinking about Autumn, and have one week ready for Spring, before Tallinn Music Week. I’m planning a video to go with it, it’s already in process. I’ll be looking for premieres, reviews for this first song, then maybe a label, and why not a tour, going West.

Your music evokes lots of images, it has an undeniable visual impact. Have you thought about writing for movies?

Erki: I’ve actually done it already, before the albums. It’s complicated, there are a lot of constraints, you have to work quickly. But it depends on the director. Sometimes you have free hands, and sometimes you need to fulfill some ideas. There’s a current nice project I could be involved in, crossing fingers. One of my songs also made it to a Spanish movie, that was really cool. I was really surprised when they sent it to me, it was beautiful so I asked the label to say yes even though they did not have a big budget.

« We’re leaving in a country where it’s dark half of the year, and really cold, and it inspires me »

What do you think about the Estonian music scene? Are you all close to each other?

Erki: It’s a small country you know. All and all the Estonian music scene has this kind of Nordic spirit you know. We’re living in a place when it’s dark half the year and really cold, so it has impact on the music, kind of a uniting impact. When I was in Australia for three weeks, I was so inspired to write totally different songs, you know! [laughs] I began to think that the surroundings were what made me sound darker. Estonia is evolving, it’s not just a post-Soviet country anymore, it’s actually on the map. It’s not that surprising when there’s a big article coming out about an Estonian band now, we’re in the game. Event though the train connections to Eastern Europe are bad and we’re still a bit cut off from the rest of Europe [laughs]. Tallinn has music vibes, especially during Tallinn Music Week.

Do you intend to stay living in Tallinn?

Erki: Definitely, yes. But I might be moving for a short amount of time. But the thing is I have two kids, my wife is also a musician. We’re managing so far, and we have our life here. I’m complaining about the dark and the cold, but I actually like it [laughs]. It’s cosy, small and comfortable. And it’s home. The language, the culture…

Even if you’re inventing your own language in your songs.

Erki: Yes! [laughs] I’m adventurous, I don’t know where I’ll be in a couple of years. I feel great where I am, but if a great opportunity happens somewhere, I’ll adapt.

Album – Everything Not Saved Will Be Lost Part 1 de Foals : toujours plus haut…

Spécial confinement #9 – Not waving but drowning...