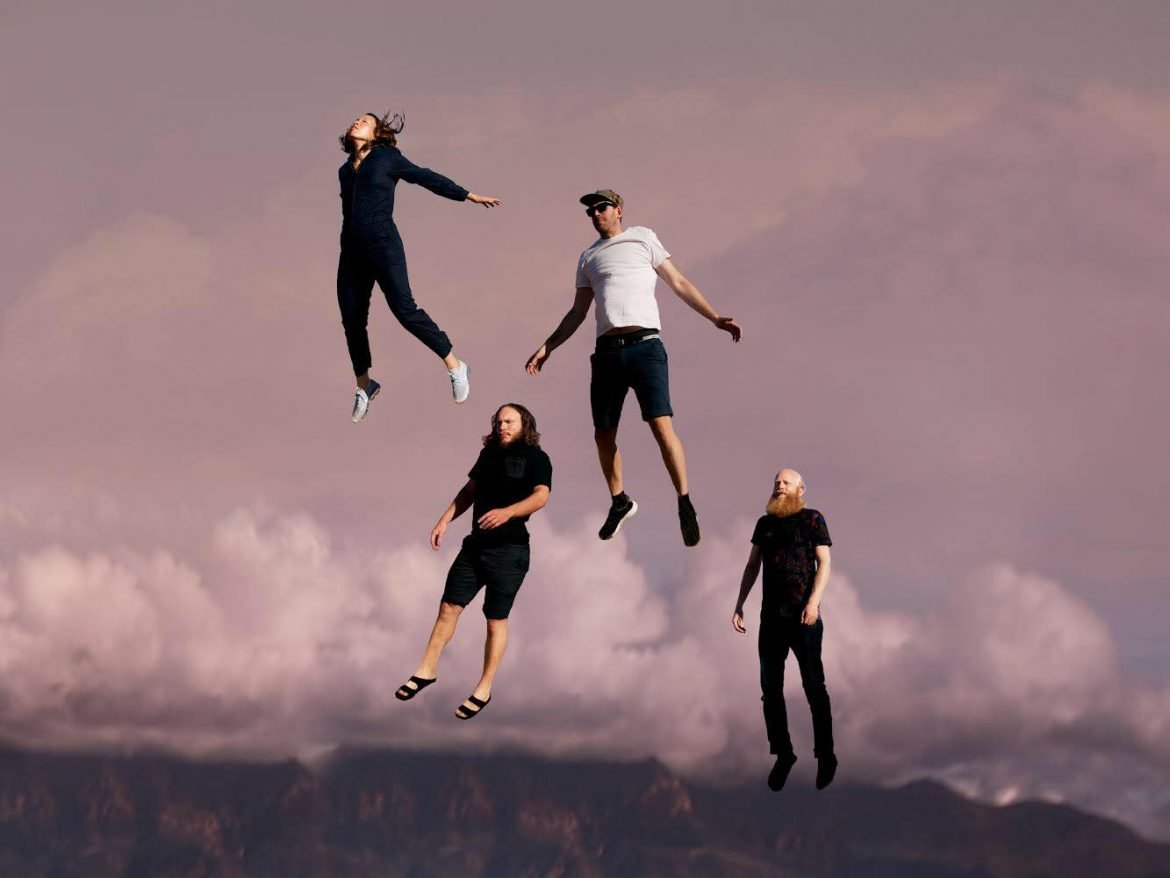 We – Indesilver and Dandy Flagrant – met the (Fantastic) Four members of Little Dragon at Rock en Seine festival in Paris in late August. These high school friends tried to overcome their legendary shyness from Sweden to tell us more about their career, their influences, their desires and their style in an unusual interview between “Salsa Picante” and “Fantastic Sex”.

You met each other in high school. But can you tell us more about the birth of Little Dragon?

HW: We had to push…
EB: Yeah it was a big, heavy baby [laughter], but we made it. I think the birth was kind of when Håkan moved into town, ‘cause the rest of us met in high school in Gothenburg but Håkan moved to Gothenburg and…
FKW: We lived together.
EB: Yeah, then we lived together and…
FKW: Then we all lived in that same place which is where we have our studio now. I think you got a MPC sampler first…
EB: That Yukimi bought…
FKW: That Yukimi bought, so you got the sampler…
EB: Yeah, she’s such a beat head [laughter]
FKW: Then you got a PC.
EB: “You got a PC” [laughter again] yeah!
FKW: Maybe you got a PC before, I don’t know. And we started recording ourselves.

And whose idea was this?

EB: We didn’t have any plan, it just unconsciously started, getting closer to each other. And it wasn’t until a friend of ours heard some music and wanted to release it, that’s when we were “oh maybe we have a band or something we can… maybe we can do something”.

Is there a leader in the band?

What’s your writing process and your recording process, who does what?

So first with the music, you do some jamming together, and then you sing and you add the vocals?

« Growing up, you realize that there is no final destination »

How do you feel about the fact that your band can legally drink in the US?

YN: Legally drink?
EB: Yeah cause our band is an adult.
YN: Oh! Yeah yeah yeah
EB: It’s about time…
HW: Aaaaah, being an adult!
[FKW laughter]
EB: It’s funny ‘cause it’s all in… When we started, we always wanted more and more, we really wanted to do this, we were very hungry and you know “yeah yeah come on, let’s keep on going, we might get there!” you know. And then, I think somehow we’re still hoping that we might get there, but we actually produced five albums and have been around for a long time. I guess somehow we are there but mentally it’s hard to…
YN: Where are we anyway?
EB: Where are we? [laughter] What is actually there? It’s something that, you know, you deal with as you grow older, you realize that there is no final destination.

You explored a lot of genres and styles in your music, it’s very different from an album of Little Dragon to another, how would you describe this big mix of different genres?

YN: I mean it’s a big mix. It’s kind of whatever anybody wants, and it differs from song to song. Everything has its own flavor but it’s nice to leave it to the listener or the journalist that wanna write some fancy sentences about what the mix is. But for us it’s just about being honest with writing music and not thinking so much about what it is. Hopefully someone will be touched by it or dance to it. That’s it yeah.
EB: We kinda want to make music without borders, to not feel that you are stranded in any genre…
YN: You don’t want to be trapped in any world…
FKW: It’s like salsa! [Laughter]
EB: yeah but salsa would be one of the words that we could…
FKW: Salsa picante!
EB: Salsa picante, yes! [Laughter]
YN: Many different.

Is there any music genre that you still would like to explore in the future?

YN: Yeah of course!
EB: Fantasy heavy metal! [Laughter]
YN: No, why not. I don’t know if we planned it but we think more about trying to do something different. But we don’t know exactly what that is.
EB: We’re still learning how to mix and produce, so that you feel like “oh yeah it’s done!”, sort of. We’re still exploring that world nevertheless, it’s easy to always get to a very polished world. Maybe it’s better to explore the fragile and more…
FKW: Dirty…
EB: Yeah the dirty, rough, but raw, but also…
FKW: Immediate, authentic…
EB: And salsa picante. For example, I listen to King Krule, he released this single, and it feels so vulnerable and fragile but the music is very sharp. It goes straight into your soul, there’s no layers of unnecessary polish. Of course it should sound good. But also I think it’s easier when you produce yourself, that you always wanna describe these feelings yourself as good as possible.

Is there any band or artist you would like to collaborate with in the future?

EB: Nooo.
YN: Hum no! Why not?
HW: Yeah we should try more to reach out.
YN: Yeah, we’re Swedish so we shy. We have to work on that. We like when people come to us.
EB: We don’t want bothering nobody.

Maybe we can try to throw the bottle for you and then they will try to contact you!

« Swedishness is not a label I really want to have. (…) If it means a boundary I wanna punch it! (…) If it makes me feel good I wanna embrace it. »

About Sweden, how do you think that Swedish culture and Swedish pop music influenced your music?

EB: I mean we have like this Swedish folk music that is what it is. It’s very melodic and I think for many of us, even if some of us don’t have really deep connections with it or didn’t play it, it’s still with u. So I’m sure there is some sort of abstract sense of melancholic melody… That’s ‘cause we were exposed to it.
YN: Yeah, you’re not always conscious with what you’re exposed to. But when we met I remember Stina Nordenstam, it’s like a Swedish pop, indie, whatever it is… Years ago we listened to it. It’s very sad, poppy… At that time it was very strong and influential. Yeah, it’s that kind of melancholic Swedish sound.
EB: Of course, also there’s…
FKW: ABBA.
EB: There’s ABBA [laughter].
YN: Ace of Base…
EB: I don’t know for you… I feel also Swedishness is not a label I really want to have. But of course I am from there, so I am Swedish. If it means a boundary I wanna punch it! If it makes me feel good I wanna embrace it.
HW: I think we’ve been more a synthesis of the world than Swedish.

You did a lot of festivals and concerts, do you have a best memory on stage, something unusual that  happened to you?

YN: We have one of the worst memories, actually [laughter]. No, but last show we did we were gonna play between Tribe Called Quest and Gorillaz, and Tribe cancelled so they pushed us back to their time. This is just my personal view because some had fantastic, and I’m sure that there was a lot of people in the audience who enjoyed it. But I thought it was hard, it was hard to pick somebody else’s time!
HW: Yeah, we felt like everyone was a little bit disappointed.
YN: They missed the band they wanted to see yeah…
HW: Or what they were waiting for…
YN: Yeah and a lot of people that was watching us, like 50-60 thousand so it was a lot. It was fun but difficult.

Could you agree one word to describe Little Dragon for people who don’t know your band?

We’ll use huge letters and write it just like you said it. Thank you Little Dragon!