Home IndeflagIn English Interview with Rhye : “Taking off your clothes is taking off the armor”

Interview with Rhye : “Taking off your clothes is taking off the armor” 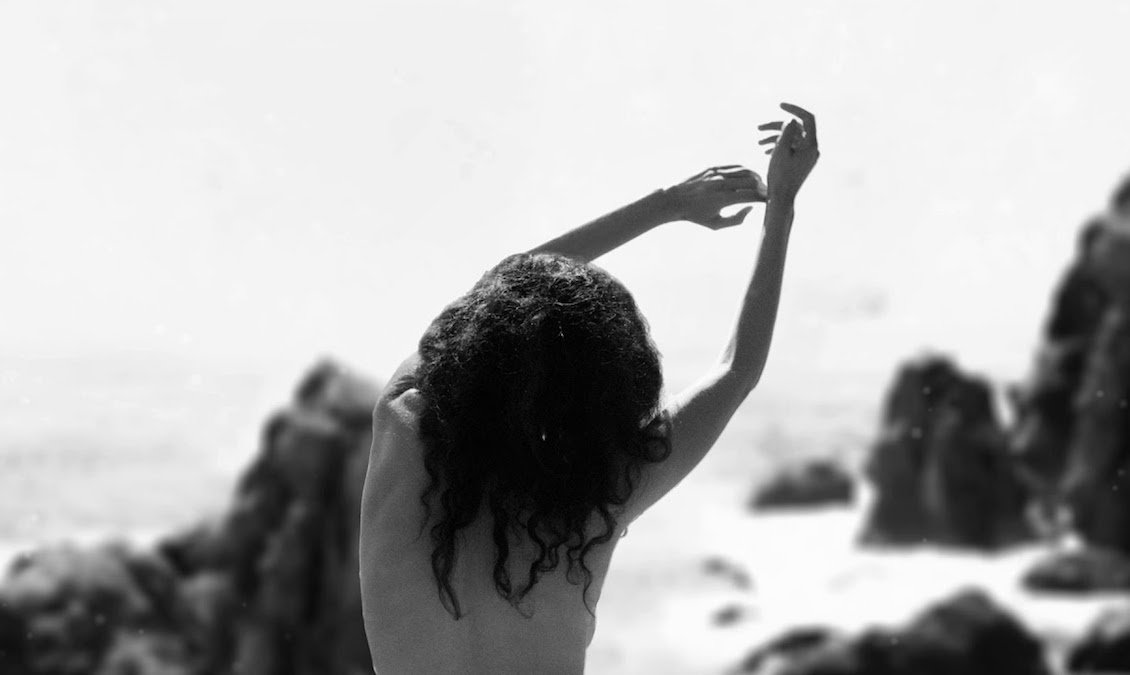 We were lucky enough to meet with Mike Milosh from Rhye, just before the release of Blood, the well-anticipated following to Woman (2013). From California where they work, the half-Canadian half-Danish duet offers us with this 2nd album some new perfectly chill, sunny and sexy melodies.

Your show in Paris is already sold out, and it’s not the only one! Does it create a lot of pressure to know that people buy tickets for your shows even before the album release?

No, that’s fine! I mean, generally, I don’t really feel pressure at all. I’ve never lived that way. I don’t get stressed… I mean, I make music! It’s kind of the best job in the world so there’s nothing to stress about. I’m lucky!

« On Blood, I played much more than I edited »

You will release your second album Blood in February (out now). How was it created? How is it different from Woman?

Yeah, it’s a very different process. This was recorded in real studios. I do have a studio at home as well, that is a very capable studio, will all the gear that I need.

Woman was much more a bedroom studio album, recorded with a laptop with a lot of software, synthesizers…

Blood is a result of playing live drums, and recording in a room that can record live drums and analog synthesizers, a lot of pre-amps, a lot of compressors and stuff. So it’s a very different process in that way. A lot of my techniques are still similar, like the way I do vocals and the way I look at it, but it’s more ‘played’. Everything is about “playing”: playing the piano, etc… Woman was a lot more “editing”.

Blood sounds more personal, sometimes a bit darker and above all more acoustic than Woman. By the way, the guitar in Phoenix is really cool, and I found the whole song amazing.

Oh, thank you. Yeah, that tone… If you want to have like, a ‘geek’ answer, I didn’t record that guitar through a guitar amp. I actually ran it through a mainly pre-amp, then cracked the gain on it, got this crazy warm tone. That tone is like… I love it.

There are less electronic sounds in this album, it’s more acoustic than Woman… Did you need a break?

I didn’t think about it that way! But that’s what’s interesting about music: everyone has its own opinion on it. To me, this record is a very earthy-woody record, but the synths that I use on this record are very earthy-sounding synthesizers, whereas some of the ones I was using in Woman are much more software based. There’s more electricity on this album? Like, literal electricity!

How do you write your songs? How do you know you are done writing a song?

That’s a really good question. I write my songs in a different way every time, but I have a general framework I work with. I drop on drums, or bass or keyboards first, to create a sort of mumble, like a melody, and then I take a break and start to think of what the words are because I can hear them… That’s generally my process. Of course, every time is a bit different, because you don’t know what the melody is going to be.

I know it’s done because… I have this feeling in my chest, kind of, and I know it’s finished. I know I’m not supposed to do more work on it. It’s almost like it is a little life form. I know when it’s done, and I’ll never touch it again.

In this album, every song is around 4 minutes long. Is there a perfect duration for a track?

No. The only perfect length is the one the track need. Phoenix, to use that as an example, wouldn’t be right if it was a three minutes song. I needed to play this whole outro, which kind of completes the whole story. But it wouldn’t have been right if it was ten minutes long! It has to be short, because the way it feels felt completed by the time, like ‘I don’t want to do it longer than that’.

Which song you think represents the best the album?

No, I meant Song For You is the most representative of the album! [laughs]. I feel like it’s the heart of the album, and everything is around that.

And which one would be the most different from Woman?

« Taking off your clothes is taking off the armor »

When I told a friend of mine I was about to interview you, she came up instantly with this question. Why does every Rhye’s visual have a naked woman on it?

Oh okay. That’s legitimate! All the imagery from the new artworks has a naked woman on it, and that woman is my girlfriend. And I shot all of it. I also think that a naked woman kind of represents a part of me, that is a feminine part.

About my girlfriend, she’s also the one who I write the songs for! Also, she happens to be a very naked creature. She grew up in a hippie community in California, she’s very free, and I love the idea, more importantly.

I feel like clothes are an armor. Clothes are a part of your identity, it’s your shell. And when you take that away, that’s where the human being is. It is not supposed to be sexually objectified, if that what’s your friend is kind of wondering. To me, it’s just about taking off the armor. Showing the essence of what it is to be a human being.

« On a desert island, I would bring a mix of classical music »

Let’s ask some questions about your personal tastes now. If you had to take only one album with you on a desert island?

Oh… Does it have to exist already?

I would make a mix then, of classical music. With like, Adagio for Strings in G minor by Albinoni, the Debussy’s piano works, Mozart’s Requiem… I would probably put Winter from Vivaldi’s Four Seasons. Stuff like that.

What really nice band or artist have you discovered recently?

I really like Lo Fang. He’s amazing. He’s from somewhere in the midwest or something, but he actually lives in Los Angeles right now.

Since we ask this to every band that we interviewed so far. What is your favorite Beatles’ album?

Blood was released on February 2nd, and Rhye’s Paris concert at Trabendo has been moved to L’Elysée Montmartre on March 23rd to allow more people to attend (it’s already sold out!)

Album – The Other Side Of Make-Believe par...