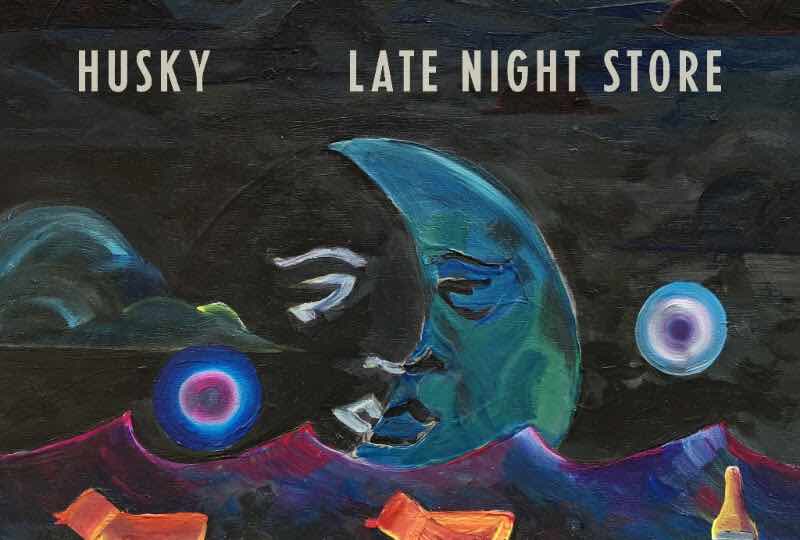 This is no surprise: we really like Husky. I’m Not Coming Back was even in our August selection even if it was not the most recent tune ever… To tell you the truth, we were starting to find a bit long the time the Melbourne band needed to unveil new material.

The awaiting is now over! Husky have just revealed their new single Late Night Store, and it’s pretty impressive! Husky Gawenda’s voice (yes, for those who did not know, the name of the band is actually the first name of the singer) is as soft and supremely pleasant as ever before. The melody as well as the successions of verses and chorus work perfectly.

“It was created with a lot of alcohol, confusion, love sorrow, desire and excitement, and finished in one single night”

Those sources of inspirations are even visible on the single artwork (see above). The simplicity and sincerity of Late Night Store are apparent. It is for sure what makes a great deal of Husky’s attrait, on the same line as bands like Band of Horse (our interview of Ben Bridwell).

Let’s listen to the song:

Late Night Store is the first tune revealed of the band’s 3rd album, which is to be released in February 2017. They will be live at The Foundry in Brisbane on December 3rd (watch our selection of upcoming concerts in Brisbane)