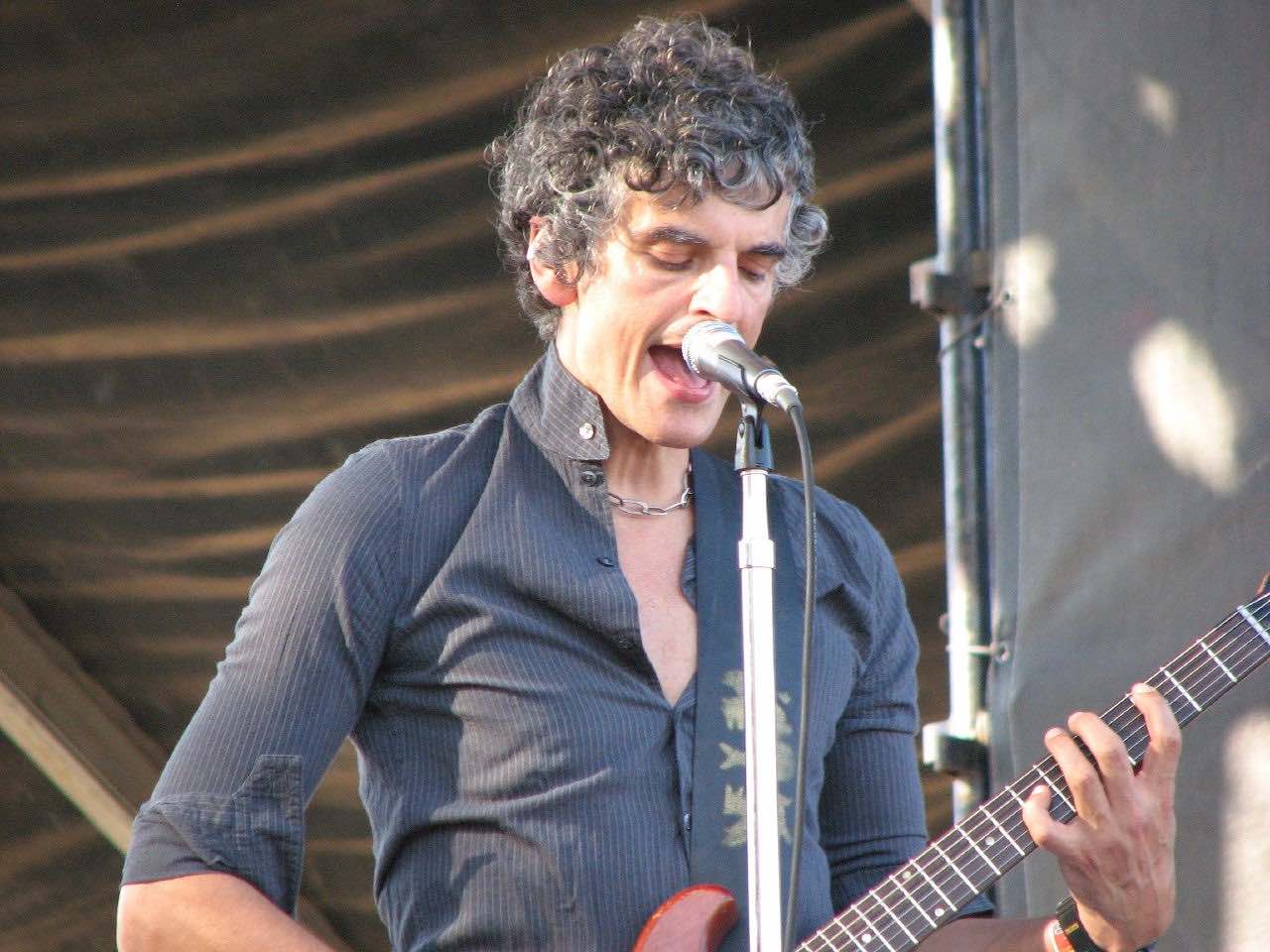 Interview – We were lucky enough to meet Amedeo Pace from Blonde Redhead, just before their concert at The Trianon (Paris) in March 2017.

Hi Amedeo, please tell us. How did you guys met in the first place?

The three of us met thanks to a friend. We were in Italy for the summer and he said « There’s a Japanese girl you guys would love to play music with, she just moved to New York ». So we moved to New York and immediately started to play together. Well not immediately, we started to get to know each other and then I started playing music with her, just the two of us. Then I told her I had a brother, he joined us and that’s it.

Your name Blonde Redhead comes from a DNA song. Why did you chose that name ? Are the choice and it’s meaning still relevant 20 years later?

We chose it because Ardo from DNA was a very good friend. We loved this song, Blonde Redhead. Kazu actually thought about it. This name could mean several things or nothing ; but I think it is still relevant today because it’s us, even years later.

Do you still love that song ?

Recently, you released your new single 3 O’ Clock, which part of your next EP. How is it different from the others?

The way we did it was different. We went upstate New York, and wrote a couple of new songs. That wasn’t meant to be a new single ; it was just us playing music. We recorded it with a guy we didn’t really work with before. It came very spontaneously. We already had two songs : we thought about making two more before going on tour. We had six weeks to record them, so we just pushed ourselves to do four songs, because an EP is more important than just a single.

« Composing music is about making mistakes »

You were often compared to Sonic Youth in the beginning. Did it have any influence on your music ?

We’ve never tried to avoid it, because we never felt like what we were doing was like their music. I liked the way they thought about music. That was very inspiring because Simone and I came from a place where nobody wrote music : they were learning, it was the beginning. From one day to the next, Kazu wanted to play the guitar, so we created an open and easy way to play guitar in our songs.
Sonic Youth helped us to see things differently.
It never annoyed me being compared to them, except when critics were only mentionning that. We never felt like “ok let’s not sound like them”. We felt very different.

What are your greatest influences now ?

There’s a lot of music that I listen (old music, soundtracks, music from Brazil…). I also listen to new bands, such as Grizzly Bear, Deerhunter… And bands that are very artistic that are not following a certain formula where you could tell that they could just go on forever making music. It’s a very interesting approach.

But when it comes to writing, it doesn’t come from a what I hear or see, but from the inside (what’s inside of me that cames out unexpectedly). It’s about making mistakes. Being in the same room as Simone helps a lot. These mistakes can become songs, or just things you hear. It can also be about places you’ve never traveled to, that you could’ve heard of two or three years before.

Do you have any preference between studio or playing live?

The two are very different. I love recording. I don’t know how to compare them, it’s like eating and cooking! [laughs]

They’re both fun, but playing live gets me nervous. I wish I didn’t feel that way. Sometimes you want to avoid it. If a concert gets cancelled, I feel kinda relieved because I wasn’t ready. I’m never really ready to play live ; it’s challenging for me.

Recording is more interesting : I don’t have that fear, and you have the possibility to experiment new things. But both are very different.

Where is your favourite audience?

Sometimes the crowd is very respectful. It is hard because everyone wants to listen to our music, and they become very shy.
It feels like it’s great to have a very interactive crowd. We went to Spain, the public was very wild there ; whereas in London they were quiet. What’s going on between us and the crowd, it’s a different kind of energy. If we feel good, then it doesn’t matter.

If you had to pick 3 or 4 songs for those who don’t know Blonde Redhead, what would they be?

I would play them… a few songs very dear to me. In our first record, there’s Girl Boy. I recorded it in my room, then I gave it to Kazu to cover it with her voice. It was the first song that I ever wrote.
Then, there are songs like Bipolar, Down Under, Elephant Woman, Dr Strangeluv…

And in the later ones I’d say Dripping, The One I Love, etc.

What would be your advice to a band starting nowadays ?

I’d say that they should embrace their limitations. It feels like we have always been limited when it comes to writing music.
They should also focus on developing sides of themselves that have to most depth, those that they could really get into (even if it’s the worst).
And finally, be very artistic, and do something not like everyone else.

Let’s now talk about politics. [laughs] Feels like you already know my question! What do you think about the new president of the US?

It is a part of the speech to talk about politics.
A part of me is very confused about why so many people voted for him. When I see their reactions, I’m like « You wanted it, now you’ve got it! ».

But I think I’m a positive person. Someone that’s ignorant and cruel can do something unexpectedly good. He could be a disaster or he could surprise us : he could make the country stronger in other ways. Well I don’t think he’s gonna do that but I’m trying. The US is very messed up with things like Health Care, but it’s also a beautiful country to live in. We feel very free here. But I’m scared, like everyone else.

Since we ask this to every body in order to compile the answer, what is your favourite Beatles album ?

I love Abbey Road, but I think my favourite is the one with Taxman, Revolver.

Thank you Amedeo for answering our questions, and good luck for tonight !