Home IndeflagIn English Meeting Nothing But Thieves, “we hate when songs are all the same”

Meeting Nothing But Thieves, “we hate when songs are all the same” 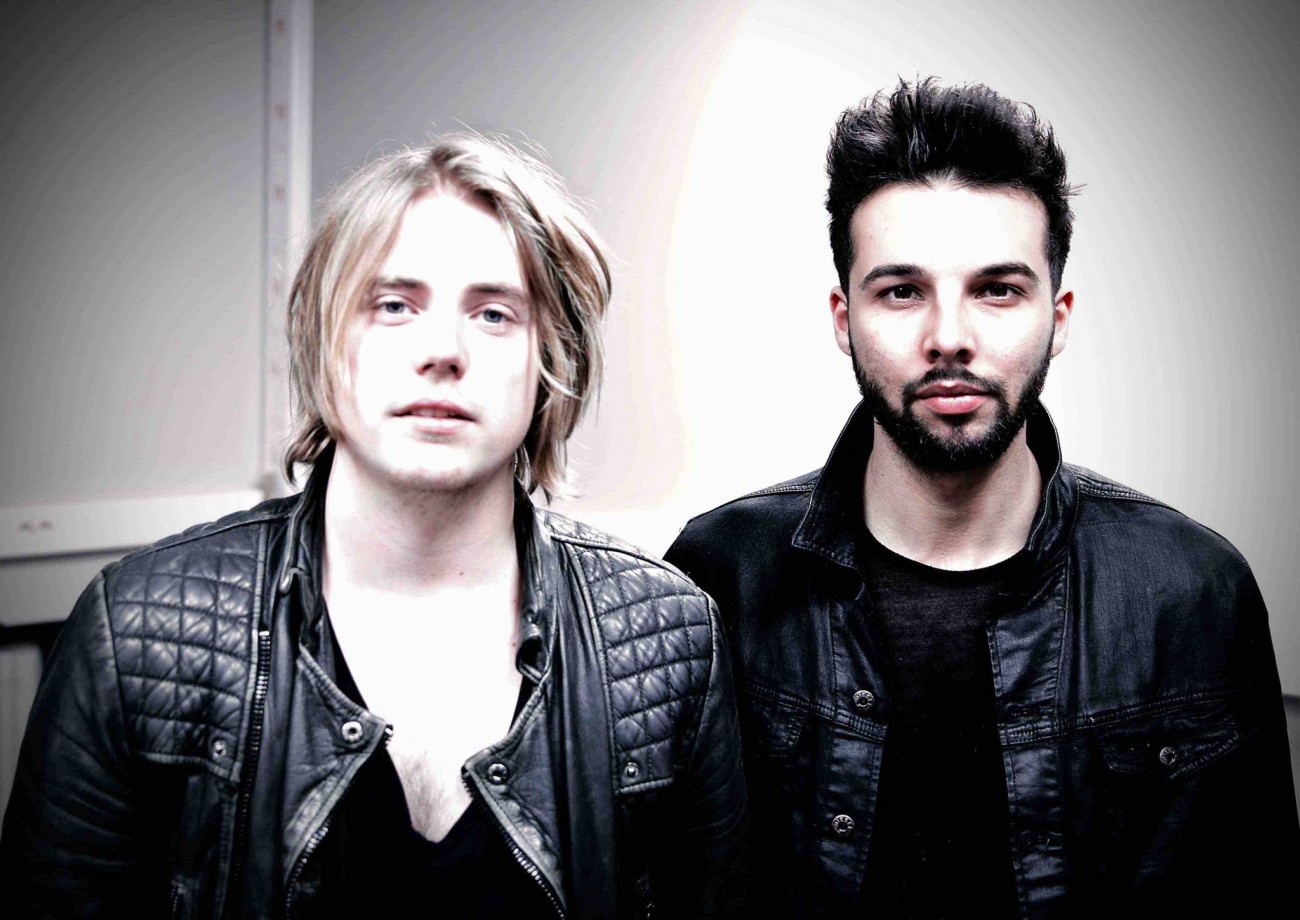 Hi Dom and Joe. As Nothing But Thieves is premiering for Muse tonight, what’s your best live memory?

Dom : I have one. It’s quite funny though. We were playing in Manchester. Conor was assessing the crowd. And there was that bunch of young girls at the first row. He ran off the stage, they couldn’t hold him and he fell on the floor. He was laying down. And we were looking around us and couldn’t see him. He came back on stage but he couldn’t sing because he winded himself. I’m laughing now but at that time we were like OMG.

Where are Nothing But Thieves members from in England?

Dom: A place called Essex.
Joe: We live in London. Essex is like an hour out of London.
Dom: We met there actually. Joe and I met through his ex-girlfriend. I was friend of her. Joe went to school with Conor. Phil, the bassist, is my cousin. Price, the drummer, used to play in another band but joined us then.

Is there a venue where you really wish you could play one day?

Joe: I’m a massive Arsenal fan, so… Emirates Stadium. Definitely. I think Muse played there actually. If we could play that I would be so fulfilled.

We heard a lot that Conor’s voice sounded like Thom Yorke’s or Jeff Buckley’s. Are you inspired a lot by them?

Dom: Yeah, definitely. They are artists we listen to very often.
Joe: We kind of started by listening to a Jeff Buckley album I showed the guys. We listened to it a lot while composing our first songs.
Dom: They are just so good at what they do.
Joe: Conor has a similar voice, it really helps us to see where we can fit in, the guitars and other instruments.

Do you have similar tastes in Nothing But Thieves?

Dom: Mainly yes. Some of us will listen to things people won’t do. For example, Price is fond of pop-punk but… We don’t. I used to like a lot tonic music… But yeah, we kind of listen to the same bands.

How do you compose?

Joe: It’s mainly three of us: Conor, Dom and me. We write together. We don’t really have a formula, it can come from music or lyrics. It happens. It starts from nothing. There’s no plan at all for inspiration.
Dom: Some songs started as distractions from other songs we were getting bored of. If I Get High, one of my favorite songs of the albums, is the typical example. We ran that one really quickly while getting bored of another song. I started playing the riff and Joe had the lyrics already. It just went together very well. We were like: ok, there’s a song.

Do you have favorite songs on Nothing But Thieves to play on stage?

Joe: Live, I really love to play Drawing Pins. A garage song…
Dom: Really easy to play, even if you’re so drunk you can play it [laughs]. If I Get High is really a good one to play live. I think we’re proud of all of them. Maybe we prefer the recent ones because they are fresher. But it’s forever changing.

Did you conceive the album as a whole or many songs compiled?

Joe: We are into diverse albums because we hate albums of 12 songs which are all the same. It’s boring. We had the live set in mind and we really wanted to have pics and drops in the album as well as in live.

How many songs did you write before you fixed on the 16 of the album?

How many years before the album came out ?

Dom: 2, 3 years. We knew that if we kept trying – we are very persistent – it would get better, we would get stronger writers.
Joe: We are musicians first, so we had that. But the writing is so different.
Dom: We had never done it before.

Is it heart-breaking to throw out so many songs? Do you listen them back?

Dom: Some of them we play live, but when we look at the album you know, the best ones are on it. But we will certainly look back in few years. But we don’t get upset with it.

Funny (or not) to think that if you die, there could be many posthumous albums… Like Jeff Buckley ?

Have you ever considered doing something else in your life? As a job?

Joe: As long as you can! It is a hard industry.
Dom: We assume that it is going to end tomorrow. We enjoy every night and make the most. But this is our passion. We are very grateful because we cannot consider doing anything else.

Have you always known you would do music and nothing else?

Joe: I have always wanted to do it, but I never thought I would have a chance to do so.
Dom: For me I was playing since I was 6, playing classical guitar first. I was not any good at anything else, academically especially [laughs]. I always had in mind I would do my career as a musician.

What are the bands or artists you’d really want to collaborate with?

Joe: Dave Grohl I think. Everything he touches is so good. He was the Midas touch.
Dom: Johnny Greenwood, Thom Yorke, Josh Homme…

Are you more into big stadiums or small warming places?

Dom: I think they are both good.
Joe: It’s huge to see that there are people everywhere in stadiums. It’s kind of stressing but exciting too. And the stage is big, you’re far more exhausted at the end if you move.
Dom: Clubs are really cool. We are at that level when 500-2000 people come and really enjoy our music, sing our songs back, we sweat a lot and everything is fine [laughs].

Do you do covers on stage sometimes?

Joe: We have done Where Is My Mind? by The Pixies, Immigrant Song by Led Zeppelin.
Dom: For our own shows we essentially play our songs, but in supporting shows (like with Muse), it’s good to do some covers sometimes. The audience enjoys it.

Do you change your set every night?

Dom: We only have one album, so we play it entirely during our headline shows I guess. When we get a very groove, the transitions change a lot, getting smoother or sharper. It is the benefit of playing the same set every night, it gets stronger and stronger.
Joe: In the future, when we’ll have made more albums, it will be easier to change sets. But we would have to choose also, that is not gonna be that easy!

To conclude, one new band to make us discover?

Joe: Yeah, Black Foxxes. They are certainly going to premiere on our headline tour.