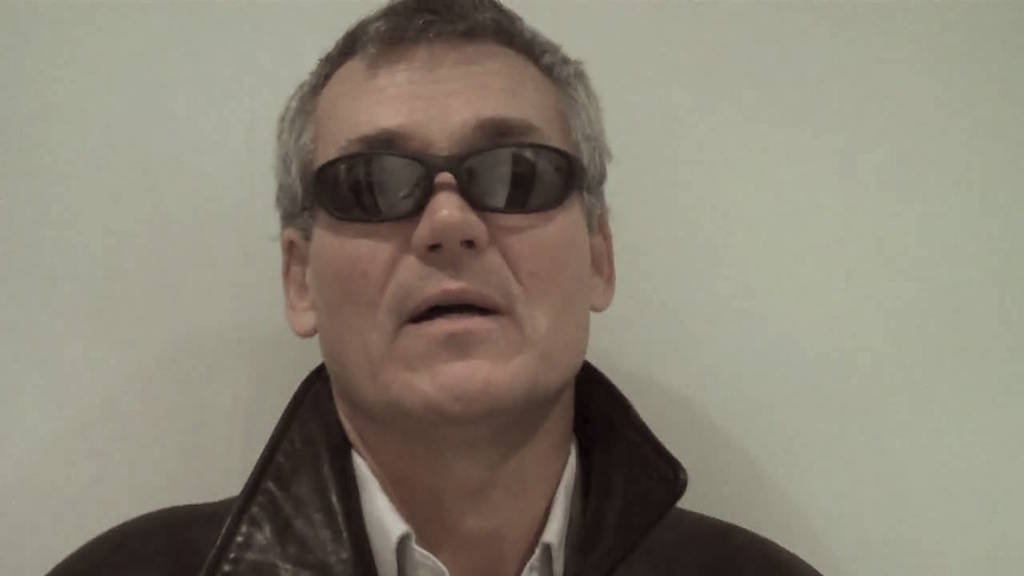 When you don’t play music, what are your hobbies or anything else? What do you like to do if not music?

I’m quite interested in politics these days, I watch the news a lot. War, and the troubles with all these wars over the world, the bombings in the Middle East, what’s happening in the Western world… I follow that quite a lot. When are we going to stop killing people?

Speaking about politics, what do you think of what happens with the Brexit in the UK, Donald Trump in the White House?

I don’t know if it’s really black and white but what troubles me most is the European Union not being democratic. I think there is a lot of corruption in the world…

I don’t know it is a bit complicated but when there was that thing in Ukraine with the Russians and there was a coup there beforehand and it’s not being reported truthfully what really happened in Ukraine. There was a government, a democratic government, you know, it was voted in, and Europe and America were very much a part of that coup and getting rif of it. Then it’s slightly taking over a country.

You know that Victoria Nuland was in the Maidan handing in cookies. So yeah “great, great” and it’s a complete chaos in the centre of that city which never be allowed in Europe and yet they thought it was fine in Kiev. They didn’t have any problem with it and I found that totally undemocratic. That’s really weird for me. When Europe did a lot of those sorts of things, and they were making laws, they don’t ask people, they do a lot of stuffs like that, and I think it’s a bit misrepresented on both sides because they say the people against Europe are all racist bigots, which I think is not true. I’m not a racist bigot and I had a lot of questions about Europe you know.

I think democracy is… You know, what is democracy? Big question these days, what is democracy, do we have democracy? And free speech you know… That Russian was on the news today, they voted in the European parliament to get rid of, stop Russian news you know… They don’t want Russian news anymore, their propaganda. But our propaganda! They don’t talk about the way we have the same propaganda. It’s interesting times yeah… You know, how countries are governed. What is a good government? It’s all a big question (…) In America it’s all ran by the money now. I find that a bit worrying and corporations are taking over, you know everything is ran by corporations now. And people don’t have a lot of say.

It’s an interesting period. Brexit, for me it’s not a question of racism or anything like that. So when they say “oh they are all racist bigots!” I think that’s a lie. It’s a funny time, there’s a lot of illusion going on. Everybody is pointing the finger and they are seeing something in front of them, they’re seeing all these people that want Brexit and then the people that wanted to stay in Europe, I mean a lot of them were talking about “oh I love France, I love Germany” you know, who said you can’t love France and Germany?

People being together is great but Europe is something different. And European Union being undemocratic is another question. It’s nothing like to do with people not liking each other… The government is supposed to be for the people but when it’s not for the people, when it’s just for business, I find it a bit questionable yeah.

And Trump as well, same sort of things. And also, the way the establishment… President Obama came to England saying “you mustn’t vote Brexit”, and he’s blowing up the Middle East, he’s killing people… Everyday there is meeting in the White House and he might set a deathlist, and they go for draws to shoot people which I always thought it was totally illegal. And all these wars, they are totally illegal and nobody says anything you know.

So that bothers me. When the European Union, I mean all these governments I find very duplicitous, hypocritical you know. They’re not being honest about all the soldiers (out there), you have a lot of soldiers everyday now in France. America is supporting Islamist extremists in Syria. And then they’re coming here with bombs and nobody says it’s something to do with America. It’s like America is giving money to these rebels and they are backing the insurgency, what they call the “insurgency”, in Syria and they are Islamist extremists and they are the same people here dropping bombs and nobody says the refugees are coming from the war you know…

That’s what I don’t like about Europe, because they all seem to be in a little clique, the governments you know, they got their own story and I don’t think it’s true. It’s not honest to the people. So I think it needs to come a change.

Then, do you think the world is a better place now or back in the days when you were younger?

I mean I didn’t follow politics that much then. I think it’s a lot more transparent now because of what’s going on with the Internet. But before you didn’t know what was going on and now people start to see the truth of what your government is doing you know and when they’re lying to you, which I think they do.

And before you never knew. Ignorance is bliss you know ! But now I think people are starting to find out what goes on in government and stuff and they found out it’s not, you know, it’s not the way they thought it was. I mean you got Wikileaks releasing what’s kind of behind the scene and I think that’s the big difference. So before you wouldn’t know. There’s always been wars and everything… I don’t know… I don’t think we should be bombing other countries, I don’t think we have any right to fuck the Syrians.

Why is their country being destroyed? And everybody just sits there and ignores it. And America’s a part of it and Europe is a part of it as well. So that’s why, for me, Brexit was not about racism and it was about democracy and having a say in what’s happening for the people. Because I think for the people it’s horribly depressing when your government is going like that and you’re saying “that’s not right”. Then all the news, I think you can’t trust it you know. So when the news is telling everybody they’re wrong, it’s been horrible.