Meeting with Phantogram, wise thoughts on the music business 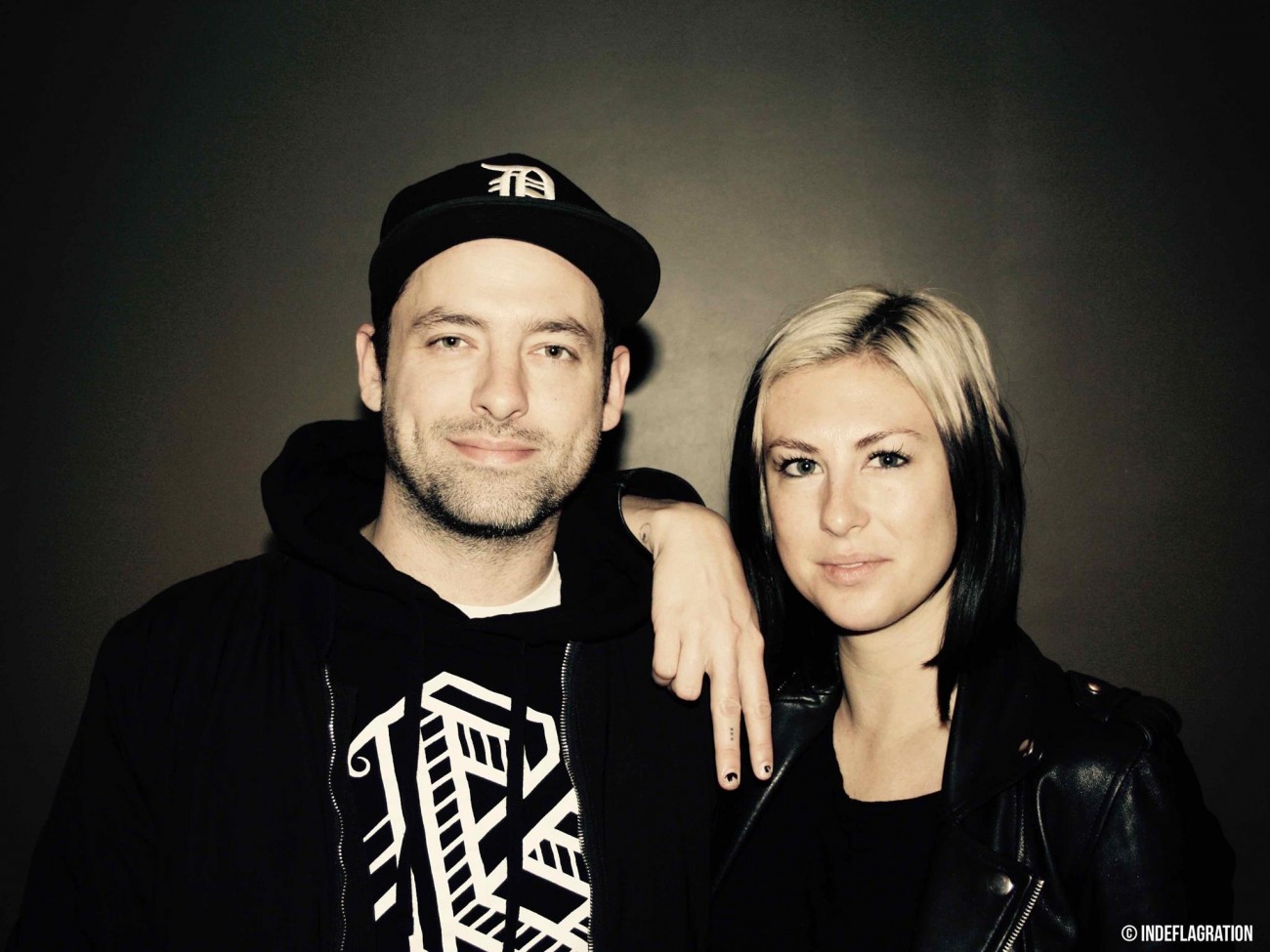 The name ‘Phantogram’, where does it come from?

Josh Carter: Actually, we were trying to think of a name that would gather all sorts of things. I said ‘Phantogram‘ and Sarah liked it. I thought that maybe I had made it up. So we looked for it on the Internet, and we found that it was perfect for what we do. We are two different pieces connecting like a Phantogram, the optical illusion. The two of us make a greater sounding thing, better than the sum of its parts.

Sarah Barthel: we wanted to bring that idea of a telegram from another universe… Maybe from a phantom, which explains ‘Phantogram‘. It was an interesting imagery with lots of different meanings.

How did you guys meet?

Josh: We grew up together. We have known each other since we were this small [showing it with his hands]

Sarah: I think I never really shook hands with Josh. We did not shake hands when we were 4. So… Hello, nice to meet you [Sarah shakes Josh’s hand].

Josh: Pleased to meet you [laughs]

Do you change your plans sometimes during shows, in unexpected ways?

Josh Carter: We kind of stick to what we have planned. It is like a play. We try to do the same things.

Sarah Barthel: We have a visual behind us on stage. So if we changed something out of nowhere, our lighting guy would be very pissed, like “what the f*ck are you doing?”

Have you always mixed visuals and music in what you do?

Josh: Yeah, ever since our very first show. We had those crappy lights we had set up. From day 1 up until going on big tours, having a professional setup has been part of it.

Do you work with someone on those visuals or do you do them yourself?

Josh: We do a lot of the design ourselves, especially Sarah. We also work with Jason Carol who does our lights.

Is it the same when you do your video clips, you work with a lot of people, have your say on them?

Sarah: We are very hands on every part of Phantogram, especially that kind of stuff. We are collaborating as much as we can with the director, so that every thing would fall perfectly in place. We always give our inputs and interfere with video projects.

Your songs were used in great TV series and in great ads too. Do you think it helped your career to rise up?

Sarah: It always helps. It is interesting now, in 2016, that people find out about new songs watching TV or in films. I do not necessarily do that myself.

Josh: Yes, Shazam definitely helps. That is actually how Big Boi from Outkast came to know us. He shazamed one of our songs, Mouthful of Diamonds, because it was in some kind of ad on the Internet. He made our song ‘song of the week‘ on his website. We reached out and since then we have become very good friends and make music together. It is definitely helpful

Do you think artists should invest in that at the beginning of their career?

Sarah: I think so. It is not the only way to be discovered. But it is a very different time from when we were discovered. It was all about MySpace. Someone saw your profile and you got into someone’s top 10 or whatever. It was everything to us. I don’t know what it is for new artists to be discovered today, I am sure it is difficult.

Josh: Many people get featured by Apple and then get known. But for people that think they are selling out if their song is used in an ad or in a movie… It is kind of stupid. You do not make money by selling records anymore. It is actually a way for artists, if it is done with integrity and not against our art, to make a living, so that we can keep on making music. I have read interviews in which The Black Keys said they declined many proposals for ads. But they should have taken it because it was a lot of money.

As records do not sell anymore, do you feel forced to tour a lot to make money?

Josh: I’d start by saying we love touring. But at the same time… I would not use “forced” but we definitely tour more than we probably would want to, because it is how you make a living, especially in the US. If we did not tour, we would be broke. When we are in Europe, we start losing money because we are not very well known. But I mean, it is an investment. We will get as big in Europe as we are in the US one day, I hope so.

Do you have a favorite place to tour?

Josh: I really do love Paris, Berlin, Portugal, Amsterdam. I like playing in London, in Zurich too. As far as the audience is there, we love every big city liking music and culture.

What would you have done if it was not playing music?

Josh: I would probably be doing something artistic, visually artistic. I think that if I was not making money out of music, I would still be playing music anyway.

How is your new album different from the first one?

Sarah: It is a natural evolution in our sound for sure. Our first record was our first record EVER. Actually it was my first, Josh had recorded an album with his previous band. That one was all produced by Josh and recorded by us in a barn. We used what we had, which was really great… At that time!

When we realized our sound was really catching on, we decided to bring in other voices, an engineer, a co-producer in a real studio with more equipment. We started making other experiments with new pedals and psychedelic sounds that we did not really do before. Our songwriting has evolved a lot either. We wanted to challenge ourselves to make song maybe 3’30-4′ long instead of bringing a song and ending it whenever we wanted to. We wanted to compose altogether, as The Beatles did.

What are your main inspirations then?

Many different things! Do you listen a lot to new artists/songs?

Josh: Sometimes. It is hard for me to stay in the radar as much but I definitely try to see what is going on.

Josh: You gotta stay with your times, somewhat.

How did you react to Bowie’s death?

Josh: I was really bumped out. I got Black Star that day. I listened to it all along the way to the studio. It was eerie.

Sarah: Yes very eerie, very sad. But I loved it. I was not surprised but I admired how he left leaving this piece of art for everybody. It is a really cool big picture of things, the world as a play with a beginning and an end. His music leaves on.
He was the one artist Josh and I really wanted to meet one day or collaborate with. Just something. Maybe another place, another time… He was a big showgoer so we would have loved for him to see one of our shows.

You have toured in many places with many artists. Which band was the most inspirational?

Sarah: We once toured with The Antlers a long time ago, when we started touring.

Josh: I think every band who took us with them on tour had a big influence on us as we grew. We learnt from them by seeing how good they were in live. Everybody from The Antlers to The XX… The Flaming Lips were very inspiring, especially by how creative they are with a super low budget, it’s a kitchy creative thing, really beautiful. It was really inspiring.
We were really inspired (and amazed) by other shows we saw: Arcade Fire, M-83… One of the best shows we ever saw was Nine Inch Nails. The whole – visuals, everything – it was perfect.

Do you have an anecdote on tour?

Josh: Many people tried to tackle Sarah [laughs]. One time, I was moving a lot around the stage, kicked and my shoe just flew into the air. And I ended on taking both my shoes off [laughs].

Sarah [to Josh]: Someone actually tried to steal your guitar pedal.

Josh: Yes, we were on stage and this girl tried to steal it a bit after the show. Crazy. One of the sound guys pushed her away.

Sarah: Something heavy nearly hit me once on stage. I was like ‘WTF’.